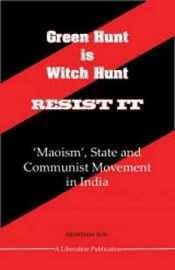 The politico-military offensive against Maoism constitutes a veritable war on the people of India, a multipronged assault on their basic democratic rights. The central as well as state governments are using the state-Maoist confrontation as a pretext to suppress people’s struggles on basic issues and crush all voice of protest and resistance. The Maoists too are indulging in reckless anarchist acts, alienating and antagonizing the general democratic opinion and making it easier for the state to drum up support for harsh measures of repression. While boldly resisting the state’s politico-military offensive we must also clearly assert the ideological-political demarcation between the ‘Maoist’ variety of anarchism and revolutionary Marxism.